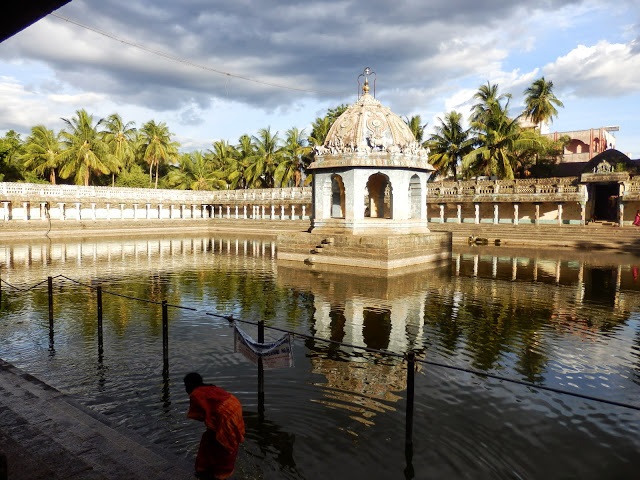 Vaitheeswaran Kovil is a Hindu temple dedicated to the Shiva, located in the Indian state of Tamil Nadu. The presiding deity is Sri Vaidyanathan who is worshipped as the God of Healing.

It is said to the temple of a secret - because it has kept the secret of the birth of all the people who have born till date and are yet to be born. It is one of the nine Navagraha (nine planets) temples. Nadi leaves written by a Tamil sage  Agathiyar were first preserved at Saraswathi Mahal Library, Tanjore, Tamil Nadu.

When India was conquered by the British they came to understand Nadi astrology and acquired those and left most of the Nadi leaves with their loyal people. Of which some were destroyed and somewhere auctioned. Later it was acquired by the families of astrologers in Vaitheeswaran temple and was passed down the years from one generation to the other.